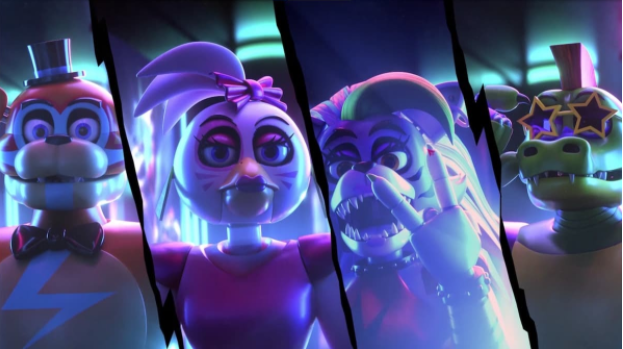 After Five Nights at Freddy’s VR’s release in May of 2019, many people assumed that the VR Game would be one of the last in the already 8-game long series. However, on September 16th of 2020, the internet was given a teaser trailer to a new game; one that introduces a new main villain into the series, along with new animatronics, completed with the first model of what the main character looks like.

The game itself was labelled “Security Breach”. Most people assumed it wouldn’t come out for a little while, due to the state of the world, and for the most part, they were right, considering the “early 2021” release date obviously didn’t go as planned.

However, back in October, the final release date was announced for December 16th, 2021; as this article is being written, less than a week away.

For those who have never heard of the Five Nights At Freddy’s, or FNAF, it is a video  game series following the fatalities and murders that have occurred in a famed child’s pizzeria, “Freddy Fazbear’s Pizza”.

The storyline itself is difficult to follow, mainly because Scott Cawthon, the writer of the series, has been writing and making games for the series since 2014, but there are multiple fan theories online to help people piece the story together.

What we DO know for sure is that the original killer in the series, William Afton, has recruited a new person to do his dirty work in murdering the occupants in the pizzeria, as hinted at in the Halloween Update of Five Nights at Freddy’s VR. According to the trailer, we, the player, will be playing as one of the targets within this pizzeria.

After Scott Cawthon’s altercation with the fanbase after his political views were released to the public, Scott made an unrelated decision to hang up the keyboard to retire and be with his family, leaving his franchise to the company “Steel Wool”.

With this new set of eyes behind the code of the game, most of the fanbase is eager to see what this new installment to the series will have in store, with new designs for animatronics, new game mechanics, a new killer, and the first human-esque models in the games that aren’t 8-bit models.