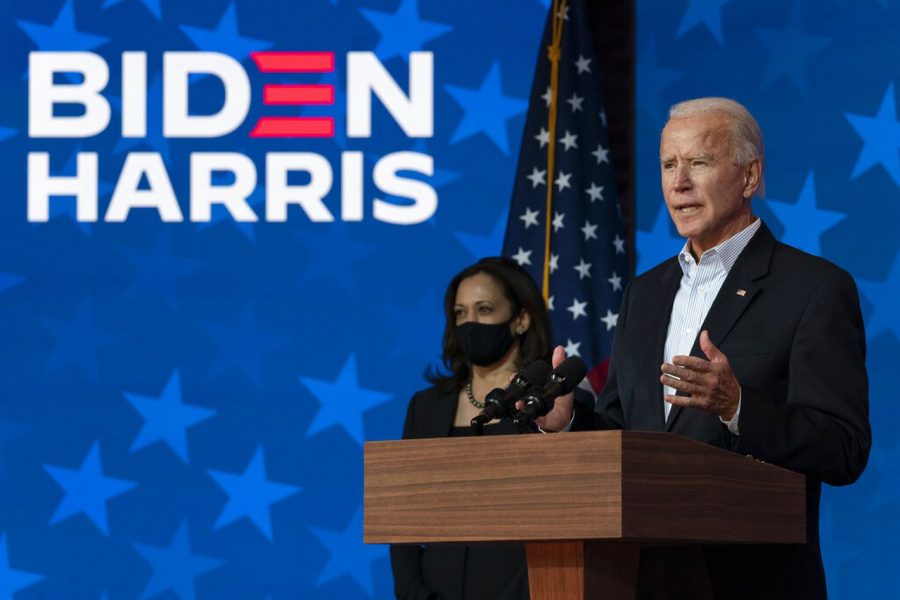 On Tuesday, December 22, 2020, Neshaminy Superintendent Dr. Robert McGee discussed how a new government administration could result in changes for students of Neshaminy High School (NHS) on a variety of topics. A new administration inevitably results in some sort of change, and the question is: Which of those changes could be pertaining to students and teachers of Neshaminy? It is important to know what to expect so we are better prepared for the new America that we will inevitably live in.

Dr. McGee discussed the financial availability of college and the factors that need to be kept in mind when considering lowering costs. It’s clear that it is about more than just making college free which is on the agenda for the incoming administration and something many prospective college students are hopeful for.

“The reason college costs so much is because someone is getting the money,” stated Dr. McGee. “I assume for the most part it is employees, so when you say that it should cost less, it’s got to come from somewhere. It’s either somebody pays for it [college] from the government end or somebody can’t get as much money. So it’s a complicated situation.”

The people who teach at colleges and universities also require remuneration in line with their experience. This should tell us that although many want affordable or even free education, we also have to keep in mind the effect it has on professors.

As Dr. McGee said, it is clear “the answer is unclear” on how education will look and how much it will cost in the future.

In regard to gun control and the safety of students and faculty, there have been many ideas thrown on the table as to how this issue can be solved including holding class outdoors.

“Prior to the pandemic, our biggest concern was keeping kids and teachers safe in school because of a new threat that was school violence coming from the outside,” Dr. McGee points out, “and [I’m] kind of smiling now we’re suggesting that we have classes outside because it is safer outside. It’s kind of crazy.”

The issue of gun control is one that hits home to students, faculty, parents, and the community alike. It is unsure which precautions or amendments could be made that would lead to real, positive change.

“It’s not the financial issue that we talked about previously with college. It also leads into a second amendment issue or a constitutional issue on whether it can be done or not,” Dr. McGee said.

This reveals that if gun reform is high up on president-elect Joe Biden’s agenda, then we are likely to expect arguments from both sides of the aisle on this issue with Biden’s attempts to take action on the idea of gun control.

“I would hope that the new administration can, regardless of its philosophies, bring Americans together. I think that’s where it starts, and you can go back as long as you want and blame whoever you want, but the goal is we’re supposed to be one people and before you can change anyone’s mind, you have to get back to that mindset,” Dr. McGee expressed. “I don’t think we are exactly where we want to be. I’ve seen us in better spots.”

In his graduation speech last year, Dr. McGee said, “it’s not necessarily the right versus the wrong. It’s definitely not the good versus the bad people. We all have the same ideas and support America. We have to come to a common understanding of it. It’s a matter of making [students of color] feel a part of [society]…and there’s a difference between being asked to Prom and being asked to dance.”

Biden has made it clear that he ran for office for the main purpose of fighting “the battle to achieve racial justice and root out systemic racism in this country.” We can thus expect Biden will try to lower the heat of racism in America.

There are many who feel as though the change in administration will help shift the focus and perspective of environmental change.

“I think that president-elect Biden has prioritized the environment, last I read, so it must be high on his agenda. I think it’s about doing a bunch of little things along the way, and we may have stopped that in recent years… as long as you continue to make progress,” Dr. McGee said.

Dr. McGee also gave some advice on how to help the environment and climate.

“One is to become familiar with how things change and that is to make sure you know your legislatures, both at the local level and the state level and at the national level. Those are who make those big policies. And two, everyone’s got their own environmental impact – their own footprint – so if everyone keeps their footprint as small as possible, then there are less footprints.”

This information unveils that we can expect change in the coming years, from both president-elect Biden’s administration and students and staff, in how we conduct business, treat our planet, and go about our lives.

At the local level, it’s hoped that the incoming administration will improve our school resources, provide us with healthier school lunches, and create a better social environment in our schools.

“The federal impact on education is not a constitutional [issue], they deal with interstate highways, defense, common money, and a whole bunch of laws and procedures, so the only way they influence public education is through the little bit of funding that they give us,” Dr. McGee stated.

President-elect Biden’s wife, Jill Biden, is also a former teacher and is a Doctor of Education. Consequently, since Jill Biden is the future First Lady of the United States and wife to Joe Biden, we can expect some type of educational reform in our country.

Although it is not entirely known what the future holds for us, these predictions may help us to know what to expect in the coming years. No matter what happens, change is on the horizon, whether it is positive or not.