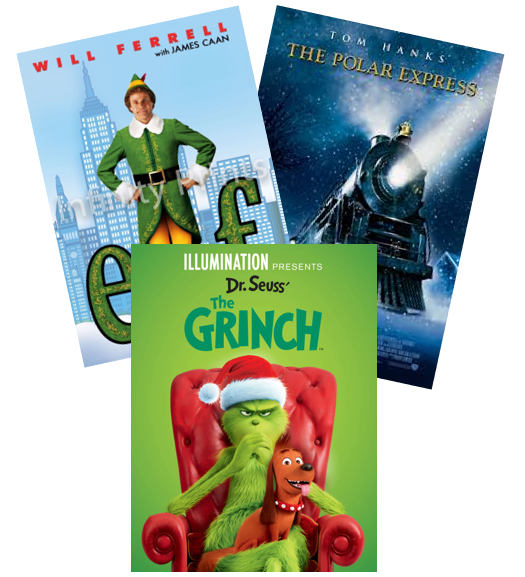 Have you ever sat down to watch a holiday movie and didn’t know what to watch? Neshaminy students have anonymously answered a survey to solve the never-ending question of, “Which holiday movies are the best?”

Coming in at number one, many students agreed that the newest version of “The Grinch” (2018) was their favorite holiday movie.

“It’s a classic movie, and I never get tired of it,” a Neshaminy student said.

“I would recommend it to anyone, especially families who want to watch it with their children because it has a good message behind it,” another said.

The next best holiday movie in the eyes of Neshaminy students is “Elf”. Many students picked this movie as their favorite.

One student said, “It’s really funny and good to watch with family… I’d recommend it to anyone who likes to have a good laugh!”

Another student said that they’d recommend it to, “anyone of any age; it’s a classic and good for all ages.”

The third most favorite movie was “The Polar Express”.

One student expressed, “It reminds me of when I was younger, and I really like the story.”

Another stated, “I would recommend the movie to anyone who wants to watch it; it’s super sweet and funny and a great family classic!”

Next, we have two movies that are tied for fourth place: “Home Alone” and “The Nightmare Before Christmas”.

For “Home Alone”, someone said, “I would recommend this movie to anyone because it is a great family movie and just fun for any age.”

For “The Nightmare Before Christmas”, someone said, “It gives off good vibes and is a fun movie to watch.”

Some other movies that were also contenders to steal holiday hearts, “How the Grinch Stole Christmas” (2000), “Home Alone 2”, “A Year Without a Santa Claus”, “Jingle All The Way”, and “Office Christmas Party”.

“How the Grinch Stole Christmas” (2000) was described as, “the best movie ever” and “hilarious”.

“Home Alone 2” was described as, “awesome because it lives out the modern kid’s dream of doing whatever we want.”

“A Year Without a Santa Claus” is, “a cute animated holiday movie with funky oldish special effects and good music.”

“Jingle All the Way” was said to be, “different and funny,” and “Office Christmas Party” has “SNL type humor.”

So, the next time you sit down on the couch with a warm, fuzzy blanket and a mug full of hot chocolate, you can settle the family argument of which movie to choose by coming back to The Playwickian.