Deftones rocks audiences to their core with “Ohms” 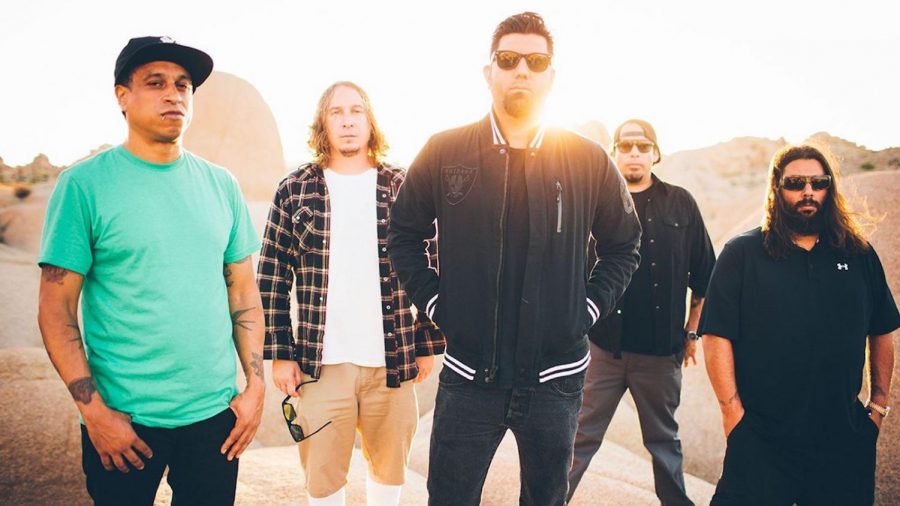 Deftones, a popular metal band, made a comeback this year with their new album, “Ohms”. The band, based in Sacramento, California, has been relatively silent over the past couple of years, after releasing their last album, “Gore”, in 2016.

During the late 1990s and the early 2000s, the Deftones were very popular among the metal rock community, with albums such as “Around the Fur” and “Diamond Eyes”, both rising to the Billboard Top 200 in the weeks following their release. “Ohms”, in its first week, rose to the #5 five spot in the Billboard Top 200 after selling 49,000 albums.

The album talks about the problems we face in modern society. Chino Moreno, the lead vocalist told New Musical Express (NME) Magazine that the album is “a dichotomy of reflecting on negative things, but coming out of it optimistic.”

“Ohms” was made with their former producer Terry Date, who worked with them on some of their past albums. As Moreno put it, “just being back with Terry, there are certain sounds that we developed with Terry that kind of became sort of our core sounds, and those are back again.”

However, the album does offer some new sounds. Lead guitarist Stephen Carpenter and bassist Sergio Vega both produced heavy riffs on the tracks “Urantia” and “Radiant”, utilizing their new nine-string guitars.

Since their launch, Deftones have released many great albums and songs, each with their own special touch. Stephen Carpenter, the lead guitarist, Chino Moreno, vocalist, and Abe Cunningham, drummer, were all students at C. K. McClatchy High School in Sacramento and were friends through the city skateboarding scene.

They began to practice in Carpenter’s garage in around 1988, recruiting bassist Dominic Garcia shortly after. After some reorganization of the band, they began to gig at local clubs. They started to expand to cities like San Francisco and Los Angeles, where they caught the eye of representatives at Maverick Records and were later signed.

The band has definitely changed since they started practicing in the 1980s. Moreno states, “We’re a little bit in that mode where we’re just trying completely different ways of doing things…And that’s what keeps it fun for us for the most part; not really knowing what’s going to become of this, or what type of record we’re making – just letting it kind of happen. It’s been good on that level.”

This album clearly isn’t the end of Deftones. They’ll keep making music and performing until they’re physically unable, and we’ll listen to them until they do.