Neshaminy Should Take Another Look at Self-Expression 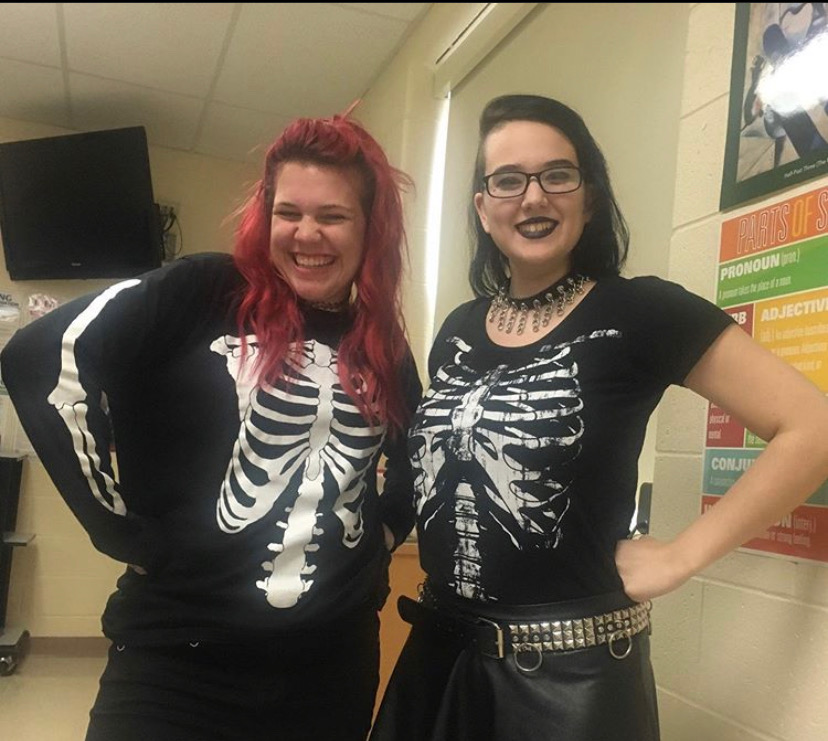 Wandering through the halls of Neshaminy, there are vast differences in the 3,000 people you see. Students of multiple ethnic and cultural backgrounds make up our large population and contribute to the promotion of diversity in our community. This diversity is also expressed in clothing. We’re all familiar with passing by Hollister sweatshirts, checkered vans, and black leggings every day. But students like Taylor Kaufmann are challenging the unofficial uniform of Neshaminy with her unique outfits.

If you’ve seen Taylor in the hallway you’ve probably noticed her edgy sense of style that she identifies as emo. This way of dressing consists of lots of black clothing such as skinny jeans and shirts representing popular alternative bands such as Pierce The Veil or My Chemical Romance. Accessorizing is also a big part of the emo subculture. Studded belts, chains, and combat boots are just a few ways Taylor expresses herself differently from the traditional crowd. “My style gives me confidence and it’s a more comfortable way of expressing myself,” Taylor says.

Our inclusive environment should embrace Taylor’s nonconformity; instead, she’s found that many aspects of the school have rejected it. “I get so many stares: adults don’t take me seriously: it’s very upsetting. You’re taught not to judge people, and this is who I am”.

Taylor also reports of multiple instances where she feels targeted because of her appearances. Stereotypically, people with an emo sense of style have been associated with drug use, violence, and overall public indecency. According to Taylor and many other students who share her sense of style and music taste, these misconceptions are very offensive.“They’re like, ‘oh she’s just a teenage rebel who wants to cause trouble,’ but I am a person and I want to be treated like everyone else”.

Since 7th grade, Taylor has made her clothing an avid part of her life in order to strive away from blending in with her peers. While the point of her dressing is to be different, it does not warrant mistreatment. Often times, Taylor endures many personal questions based on the prior judgments and stereotypes correlated with her style “I get asked if I’m depressed or if I cut myself. People have grabbed my hair cause it’s colored,” she says. In Neshaminy’s mission statement, it says that “valuing diversity strengthens our society.” Taylor and many others feel that it needs to be enforced more to make students feel more comfortable in an environment that she is required to learn in.

While the activities in Neshaminy are advertised as communal, there’s always going to be a place where certain students feel more at home. Clubs like Spectrum, Friends Helping Friends, and Diversity Pride club are targeted towards the students who value and want to perpetuate Neshaminy’s mission statement. Taylor plays an active role in promoting diversity and has made many friends in the process. “I’ve made so many friends who like my style and have gone through some of the same things I have. If we start creating a more positive environment, it would be less of a problem”. Taylor’s role in diversity doesn’t just stop at Neshaminy, she also has a Youtube channel @Taylor Kaufmann where she vlogs about her daily life to help reach more audiences and let more creatives like herself know that they are not alone.